The Rise of Automation to Cause an Increase in Unemployment? 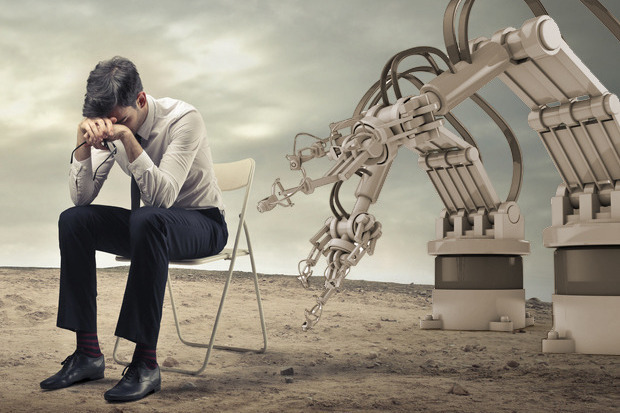 As technology continues to advance. There is fear in certain sectors, that the need for human workers will decrease, and many will find themselves out of work.

In a recent article put together by The Telegraph it was reported that with automation becoming a more prominent factor in many job sectors, over 10 million jobs worldwide could be put at risk as advances, meaning that human workers are no longer required to carry out certain jobs.

It is suggested that lower paid positions for example: factory work/ manufacturing will be the hardest hit as their positions are taken over by machines.

In a report by HR magazine it states that 74% of roles in transport and the storage sector have a high chance of being automated in the next two decades. Another report by HR magazine said that the human resources sector also stands at huge risk of being replaced by machines and technology in the not so distant future.

Whereas those jobs in areas such as computing, engineering and science will be safer.

Analysis has found that the impact of automation is already being felt in industries where a high proportion are likely to be automated...

The destruction of jobs could mean that future workforce's are expected to forge several different careers, as positions are eliminated and new skills are required for new roles. But what will the ramifications be if those people are less able or less willing to adapt and learn new skills?

What does this mean for the IT industry?

In an industry that is based on continual technological advances, surely automation can only be seen as a positive thing? The answer, it seems could be that it does make sense to automate those tasks that are repetitive and predictable and where it is possible to do so with little risk, while not underestimating the importance of real people.

So does this mean that in the not so distant future we could see an end to certain job roles?

The need for human workers?

With so many job roles in decline because of a decreasing demand for human operations it seems almost inevitable that companies will opt to use machines in a way to cut costs and in hopes to improve productivity. But could companies see a backlash from consumers as they lose a sense of brand loyalty to companies because the human personable touch is diminished and replaced by machines that humans can’t relate to?

How do you feel about the potential of an automated work force? Is it possible for companies to strike a balance between making the most of advances in technology and automation while maintaining a happy workforce?